Welcome, Project Phoenix Fire was created to inspire communication between people around the world. In short, we are creating a global village for mutual support, continuing education and fun.

Is that you with your Dad,Lady? He was very,very handsome.It's been almost the same amount of time since my father passed as well,but he was 80 years old and had lived a good life.

Yes, it's me. I was born when he was 22 so he must be young at the photo. I don't know how old I'm there, around 3? He was tall, athletic and yes handsome.

Remembering those lost to senseless violence. Not only the 2,977 on this day in 2001, but those who have given their lives in the battle for peace.

I thought the passage of time would make it easier to accept but it hasn't and I didn't lose anyone in the Towers or on the planes. Senseless,mindless,relentless violence is a foreign concept to me. I hate the waste of good lives fighting against it overseas.

I don't know if it will ever be easier, I still remember that day as if it was yesterday. I didn't personally know anyone, just feel the loss of fellow countrypersons. Now we have so many who've died, been injured or are still in harms way it's sad to see the news anymore.

Prayers for Natalie and her family. Sad to lose such a young child.

Lady I'll add them to my thoughts. Hope he has someone to help him through this time.

Lady, my thoughts and prayers go out to your cook at this difficult time. I hope he feels the support you and your husband are extending and all of us on the other side of the world.

Lady sending prayers and thoughts your way, what a tragic thing to have happen! Let your cook know we are praying for him and his family!

Here is a candle in memory of Natalie! Hugs to one and all, my heart goes out to her family! 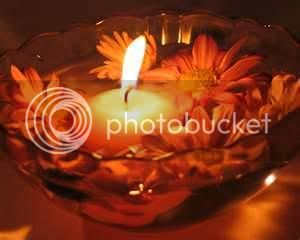 Adding a memory for my gal pal Dee's sister who passed away today, as she had wished, at home (after several stays in hospital and hospice).

Always thoughts and prayers for your friend Dee and her family. I am glad her sister had it the way she chose. It has been a sad day.

Today we have got an All Souls' Day. We light a candle on the grave and put some fresh flowers to remember that life doesn't end with death and we think of our beloved ones who passed.

In memory of all beloved relatives and friends... 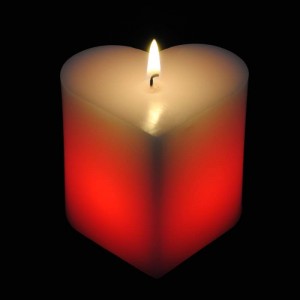 Best known as J.R. Ewing on Dallas and Major Anthony Nelson on I Dream of Jeanie(love that show). Brilliant actor he'll be missed.

I'm sad & sorry to not have been in for a while. There are so many we have lost this year.

Weesa, your reaction to 9/11 is mine over the space shuttle mission. I still also feel for those lost on 9/11, but I feel closer to the space program, for some reason. Have always cheered it on.

Setting fresh candles for those we have lost to cancer, in a mini Relay honor moment.

In light of what happened today in Newtown,Connecticut I'll try to honor those who were slaughtered with the purest white candles and flowers I can magically produce.
There are no words..no obvious sense to be made of this..I tried telling the music teacher when she broke the news to me that I had come to believe when people,even children,have lived the lessons they were supposed to learn,and teach to others,they are called home.
In theory I believe,but this afternoon we were all projecting what we would have needed to do if our school had been attacked. Our school is the same,K-4...I looked at our kids at dismissal,so innocent and joyous with Friday leave taking.I tried to imagine losing any of them,even my Devil Children. If there's a Plan,it's hidden to me.

It's so much more poignant to have happened in the season of Joy.

Senseless is the best word for me. On fb one friend after hearing the news, went to watch her kid in play at Kindergarten - along with 28 other parents who showed up. Entire different state. It will bring those of us with kids, no matter what age, closer thru the holiday.

Adding peace to the confused, for the brutal crossing. Cuccooning will occur for the ones who suffered the most. Since their lives were short, they should recuperate on the Other Side rather quickly.

No understanding available for the survivors. How can there be? Just never ending light & love to those left behind.

Sending love and caring thoughts to all the town in Ct, certainly brought home how fragile and fleeting we all are and how blessed we are to have loved ones near! Sam walks the garden setting out and lighting candles for all of them! 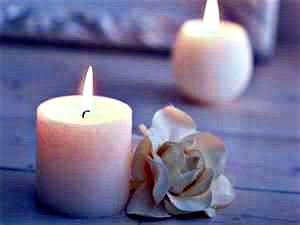 Hugs to one and all!

I didn't hear until the news til late. Such heartbreaking news that makes no sense at all. I'll keep the families in my thoughts.

In memory and prayer for the families.

Beautiful...white ginger,maybe? or Plumeria? I was given a lei made of those and I hung them on my lamp and had a natural air freshener for days.

Love the serenity of the arrangement,Always. Very soothing to heart and soul.

For those who are over the rainbow... 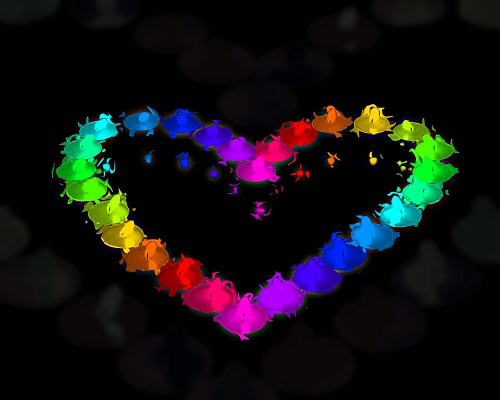