Welcome, Project Phoenix Fire was created to inspire communication between people around the world. In short, we are creating a global village for mutual support, continuing education and fun.

Your kind thoughts are very comforting. I had always hoped that the time would come when Richard and Cay would be able to socialize with us again.That he passed on our anniversary is sad but I think he'd appreciate being buried on the last day of the year. We think family members might be out of town and that's why there's such a delay between his death and his burial. I think he'd get a kick out of celebrating New Year's Eve after his funeral.Never missed a party if he could.

Remembering Jonathan Frid, a charming man and for eternity the one and only Barnabas Collins.

"The Nations Oldest Teenager" Dick Clark passed away yesterday from a heart attack. May he rest in peace. New Years Eve just won't be the same without him.

That makes two icons gone..but such long,productive lives...and look,no scandals or tabloid fodder. Men doing what they want and doing it well.
Honors to both.
The world is a sadder place for the loss of such positive energies.

In PoA when Dumbledore reaches up to the ripped portrait of the Fat Lady the first thing I noticed was the dark ring and I thought of Barnabas' ring.

another case of "after all this time...Always".

the loves we form in youth tend to stay with us.

I think these words from Jerry Lacy (posted on his fb page) say it so well..

My first thought on hearing the news, went back to the last time I saw Jonathan, at the Dark Shadows Festival in New York. The delight on his face at seeing me, the warmth of his greeting, the short time we had to talk before we had to go to our separate duties. As I look back now, I remember days at the studio when I marveled at the way Jonathan was able to bring so much sympathy to his character, to the point that Barnabas could be forgiven anything. The success of Dark Shadows was totally due to his ability to portray the vulnerability of his Barnabas. To show us the inner feelings, the unspoken sadness, the terrible longings. Without that depth, the character would never have found its way into the hearts of so many. His talents were broad, and his kindness, his warmth, his friendship will be missed by all.

Yours truly posing with Jonathan Frid for FM magazine at an early Shadowcon (late 70s or early 80s). He was special.

Always,I think Jerry nailed it...I think it was the first portrayal of a vampire in my viewing that was haunted with loss and love rather than hunger.Barnabas had been a victim,not only of vampirism but the loss of his true love.
And he could swing a cape...how could you not love him?

I wish Jerry's tribute could be the official one.

Was looking for a pic of my fave cottage by him and found this on his official site. Don't know how I hadn't heard of this already he died on April 6th and I've never seen one mention on the news.

Sad to bid farewell to good friend Ray Bradbury today. Photo is the "Four Musketeers" Forry Ackerman, Ray Harryhausen, Ray Bradbury, and Walt Daugherty. Three of the four are now reunited on the other side (with only Ray Harryhausen left on this side). Candles and flowers for Ray.

So,Always,did Walt know everybody???? and introduce them to you?

I was very fond of Ray Bradbury's work even thougth I wasn't terribly into science fiction. He crafted a such good story.


Karentia,since you shared the good times with your sweet kitty with us,we're happy to share the sad.Any parting is bad but the unexpected brings an extra layer of pain.I imagine she's already settled in to harmlessly chasing butterflies and rolling in cat nip.

Maxe... yes, actually I think he did know everybody and I was fortunate enough to be along for many, many encounters over the years, and a goodly number of folks became friends as well. At one point I even made up buttons with Walt's photo on them and the text "Do you know Walt Daugherty?" that became quite the thing to wear (I think I ended making up nearly 200 buttons!). It even worked well for one friend who wore hers while taking her kids to an LA museum. One section they'd wanted to see was closed for refurbishing but when the museum head saw her button (and of course he knew Walt), he gave them a special insider's tour. Walt knew Ray and the others of the "Four Musketeers" from when they were teens and they all remained lifetime pals. As to Ray, he was a special and very kind man. He was the very first to call me after I sent out notices about Walt's passing, and his grief was in his voice. Now they are having a reunion on the other side... must be quite a convention going on there.

(Forry, Walt and Ray B. in an early LASFS group photo.)

Oh, Always, I'm so sorry. This is not a good anniversary. Hugs to you.

Thank you both for the sentiments for bebe & me. It has been a hard week, what with it happening days before that silly event. If it weren't for the timely arrival of the box from you, Maxie, I would have been much more of a wet towel on the track. Your creative box of suprises lifted me right out of the dumps, and led me through the long hours.

I will and do miss her more, I thought I was going to be able to be more aloof - yeah, right. I'm usually the first comforting someone else with 'of course you will grieve, they are your furry kids'. On the other hand saying to someone who is not an animal lover ' just a cat, you know'. Ha. Ah well. I have not gotten up early yet since her leaving - other than that quick step down the hall, then back under the covers. She definately got my days started on time. But also still recovering from relay. Took so much out of me from the cold more than anything.

Will light a new candle tonight for mon petite.

Thanks, Karentia. As for grieving for a pet, the kitty in the photo with Walt was an amazing angel in fur named Gypsy, and it took me (and Walt as well) a very long time to process losing her... even though Willow had entered our lives. Loss is loss. Give yourself time. Time does heal...

Candles and flowers for all our loved ones beyond the veil.

Well now I know my tear ducts work well, Hugs to everyone!

Always what a great life to have been part of how wonderful getting to know them all! it is hard to see the greats slip softly away while so much stupidity continues! Hugs to you dear!

I always suppose there are great reunions beyond the veil with clusters of friends rejoicing each time one comes home! Hope it isn't huge physically, or I will have to spend days trying to locate my folks, as I'm sure my dad will be puttering around tending roses or sweet talking tomatoes, he used to say that was a promise he made with God, God would have a place for him when he died and he would keep the earth beautiful while he was here, don't suppose he changed when he passed!

Karentia I am certain there are warm sunny spots with tall grass, catnip, and butterflies to chase all over there I know my lil bits and tickles will be slinking around spookin up moths and such they will be great company for miss Bebe, Hugs to you as well, take care of yourself dear! Hard to get things accomplished when you are stretched too thin!

Lights a candle for all who have gone before us,! 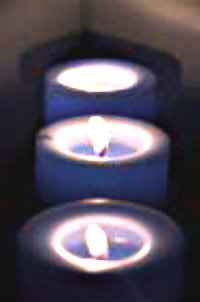 Hugs to one and all!

Always, I`m so sorry. It is always rough time around the anniversary. It took me twelve years to get it easier around my father`s "passing day". Hugs my dear friend, I`m with you in my mind.

Karentia, what to say/write? Only that time will heal. I understand you. Hugs to you too. You have got a lot on plate now, take care.

Morgan has come up with an idea for a tattoo bracelet, with Bebe's paw prints around her wrist with 'Bebe' as the center on the inside of her wrist. Sweet.

R.I.P Andy Griffith, he will be missed by many.

A fond farewell to another dear soul, Ernest Borgnine. He played many bad guys, and has always had a heart of gold.

Saw that on the news. It's sad to see so many of the older talent moving on. The news said he received an award at 90 (just 5yrs ago) I think it's great that he was still doing
something he seemed to enjoy.

I'm sorry I have not responded for awhile to this thread. I had not been receiving the prompts when you all posted.
I'm sorry I missed your anniversary,Always.You would already have been a member of HPANA by then?
It was the 9th anniversary of the passing of the original Maxecat last week but unlike Bear who comes back every now and then,Max has gone "on" as Dumbledore would have said.

All those who come into our lives leave part of themselves and take part of us..I saw a plaque recently that addressed that idea by suggesting the more animals we have in our lives the more of their essence they leave to benefit us...and they take away so much of our human-ness that eventually we become pure spirits like cats or dogs...so much better than merely human.

I wish you all peace of mind and more happy memories than tearful ones.

Coolcrookshanks (Susan) posted on FB that her older brother passed away this past Thursday. I thought I would mention it here in case anyone wants to get in touch with her. Coolcrookshanks I am so sorry for the loss of your big brother.

Missypotter thanks for letting us know. Will keep her and her family in my thoughts.

I saw that as well.I didn't know how much she wanted to share the news. She said he was now at peace.

Yes, Maxie, it did sound like he had been struggling with health for a while. I believe he was in a nursing home when he passed away. I think he was only 72.

Today it has been long 15 years since my beloved daddy passed. A lot of pain is gone, some still remains. He was wonderful man, loving, honest, friendly and a great hero for his little girl. I can still clearly remember the moment when I told him: "Daddy, after I grow up, I'll marry you." I was around 6 and I think he was the proudest man in the world in that moment. 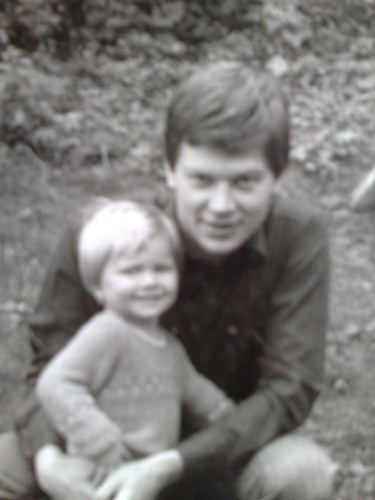